Can I PLEEEASE Get “EVERYONE’S” Attention.. 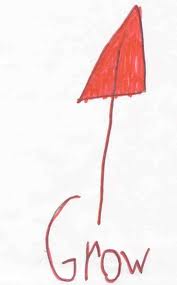 I woke up this morning with A LOT on my heart and I prayed & prayed & PRAYED. I have been praying and asking God to ALLOW me to know why SOME people are the way they are and to ALLOW me to “IN LOVE” be able to deal with them. I said that to say PLEASE KEEP my REACTIONS in prayer for I KNOW NOW that when you TRULY “TAKE A STAND 2 LIVE OUT LOUD 4 JESUS” the enemy will use ANYONE(EVEN THE LEAST EXPECTED) to TRY to STEAL your testimony. This is not my message today; however, just “FOOD 4 THOUGHT” for someone in this same situation.

Ok, back to the matter at hand. I don’t know if some of you know; therefore, I’m going to make you aware today. In doing this ministry “The Bold & Fab” it takes A LOT of prayer, dedication(2 our walk with Christ), research, being transparent, & REAL life situations. Once God placed on my heart 2 weeks ago the title for this message I went into prayer asking God to open my heart to receive so that I may(THRU HIM) pour out some of the reasons why people seem to YEARN for SO MUCH ATTENTION. In my research all I seemed to CONTINUOUSLY come across was why children seek attention though I was researching ADULTS desire for so much attention. I have three children(A set of 2yr old twins & a 15yr old) so I’m COMPLETELY AWARE of the attention they seek. Let me give you an example my daughter Kobe has a little temper. 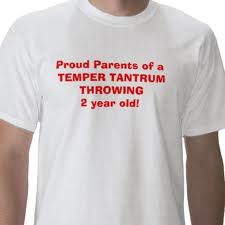 I told her she couldn’t eat the whole box of fruit snacks in one day; therefore, she kindly walked over to my bedroom door and began to repeatedly slam the door & open it. I think she did it about five times before she realized I was paying her NO ATTENTION. You see, Kobe was TRYING to get a REACTION out of ME(I kinda expect that from a CHILD) because SHE was angry; however, once she saw NO reaction she STOPPED. Do you see where I’m going with this? If not read the last few sentences again so you can FULLY understand where I’m about to GO. Insecure and emotionally immature people often show this behaviour, especially manipulation and deception.

Their actions are necessary in order to obtain attention which would not otherwise be forthcoming. Attention seekers will exhibit temper tantrums, deceit, lying and manipulation to avoid exposure of their true nature and to avoid accountability for their actions. I had a conversation last week with someone dear to me and they were having an issue with a negative action/comment that was made in reference to them and I simply told them to IGNORE and pray because the word PROMISES in 1 Cor 4:5 “He will bring into the light of day all that at present is hidden in darkness, and He will expose the secret motives of men’s hearts.” The concern was the amount ATTENTION the lies were receiving and I explained that in life people who CLEARLY don’t have the JOY/SECURITY that Jesus provides will do/say anything to make someone that INTIMIDATES them because of THEIR OWN insecurities LOOK BAD. I refer to these people as mind-poisoners. These people seek MUCH ATTENTION with the SOLE GOAL of poisoning people’s minds by manipulating their perceptions of others, especially if they are AWARE that this person is ALREADY labeled or if there is a CURRENT/PAST issue others may have with a specific person.

One of the key words in this message is MATURITY I know I told you the story of kobe and I must say there are GROWN ADULTS that SEEK that same attention in that SAME manner; therefore we must handle them in the same way IGNORE IGNORE IGNORE. By ignoring these ATTENTION SEEKERS we are not giving them the ATTENTION THEY SEEK!!! Followed with prayer their hearts will be convicted of their wrongful doing or they will move to their NEXT victim. 1st Timothy 5:13 “they learn to go around from house to house since they have nothing else to do. Not only this, but they also gossip and get involved in other people’s business, saying things they shouldn’t say”. Did you notice the HOUSE to HOUSE part?

This means they will “TRAVEL from EAR to EAR” SEEKING the ATTENTION of ANYONE that will ENTERTAIN their FOOLISHNESS….

Today, I want to encourage SOMEONE that may be struggling with people seeking attention for THEMSELVES at YOUR expense. It may be a co-worker, friend, family member, & the list goes on; however, I advise you to PRAY(WITHOUT CEASING) for these TYPE of people. Pray that God will mature them and MOST IMPORTANTLY, save their souls.

Next, I encourage you not to add FUEL to the FIRE by giving them the attention they so DESPERATELY SEEK by REMAINING SILENT “Better to remain silent and be thought of as a fool  than to speak out and remove all doubt” ~Abraham Lincoln. Last but SURELY not least….MOVE ON in Jesus Name “I have memories – but only a fool stores his past in the future.”  ~David Gerrold

I heard a quote this week that made me take a VERY DIFFERENT look at the actions of people. “You expect a dog to be a dog, RIGHT? Then STOP being SHOCKED when ATTENTION SEEKERS of the “WORLD” SEEKS ATTENTION “By ANY MEANS NECESSARY”……THE END

Be   in prayer 4 people who SEEK attention on your behalf

Be   NOT an entertainer of it 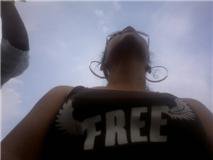 Where Being A Witness Meets Chic Sophistication! Where Every Word Has Profound Meaning. It's all us...ALL REAL! B & F.
View all posts by boldandfab →
This entry was posted in Fridays with Monisha and tagged attention, bold and fabulous, boldandfab, christ, Forgiveness, God, ignore, monisha carter, trouble makers. Bookmark the permalink.

4 Responses to Can I PLEEEASE Get “EVERYONE’S” Attention..