Priceless Beauty Comes with a Heart

Proverbs 31:29-31 ~ “Many women do noble things, but you surpass them all. Charm is deceptive, and beauty is fleeting; but a woman who fears the LORD is to be praised. Honor her for all that her hands have done, and let her works bring her praise at the city gate.”

I would like to thank my fellow Bold & Fab sister Jocelyn (Indigo) for her words in her last post. It was her words that sparked the idea for what you are reading today. She wrote, “The prettiest face on earth is but an empty hole on your neck w/o the ability and willingness to have a HEART.”

In a world that is so obsessed with looks, material possessions, and status symbols, it is so refreshing to meet people who have all of the above but use it to uplift others and glorify God. They give of themselves because they have a heart for God therefore, taking on His heart for people. Not many can say that they have examples of people who are fly, abundantly provided for, and living a life according to God’s Word. So for that, I’m truly blessed!

This past week I had the privilege of meeting some extraordinary women of the Worth the Wait Revolution. All of them had just as much inner beauty as they did outer beauty. Any one of them could be on the cover of a magazine or gracing the runways of New York’s Fashion Week. Beyond their obvious beauty, it was their sincerity and their heart to serve that took precedence. These women boldly took on the assignment of representing sexual purity by letting their lives lead by example. Not long after leaving their presence,  I heard Keri Hilson’s song “Pretty Girl Rock.” 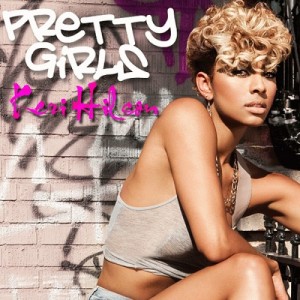 This song is quite possibly the most conceited, shallow, and self absorbed song ever made. It has absolutely no substance but a super catchy beat that will have you rocking to it and oblivious to what it represents. The ENTIRE song she’s asking people not to hate her because she’s so pretty… which wouldn’t be so bad if she didn’t have a slew of young, impressionable female fans who more often than not, deal with body image issues and wanting to be accepted. Would it have been too much to write a song that encourages girls to embrace their unique beauty that comes in all colors, shades, and sizes?? Moving on…

Keri represents what the majority of the world sees as beauty. If you have a certain look, rock expensive clothes, and get a ton of attention from guys than you are to be envied. When the truth is that those that draw attention to their looks and what they possess are usually camouflaging the emptiness they feel inside. I’m not saying that you shouldn’t be confident and secure in you looks, but when that’s all that you think you have to offer, there’s a disconnect. Both men and women need to be aware of the traps from the enemy. Too often we get caught up in mainstream society and believe that what the world says goes. Well as believers, we are in the world, but we are not of the world. We have a responsibility to stand out… not just based on our looks but our lifestyle. Our hearts should be reflective of God’s heart and our beauty should shine brighter from within. When your heart is right you won’t have to convince people of your beauty. They will be drawn to it because they will see the God in You… and isn’t that the goal anyway? 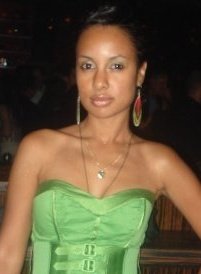 Where Being A Witness Meets Chic Sophistication! Where Every Word Has Profound Meaning. It's all us...ALL REAL! B & F.
View all posts by boldandfab →
This entry was posted in Tuesdays with Bianca and tagged beauty, bold and fabulous, boldandfab, christ, christianity, conceited, fashion, God, heart, humility, keri hilson, looks, pretty girl rock, purity. Bookmark the permalink.

4 Responses to Priceless Beauty Comes with a Heart