Paranoia is defined as, baseless or excessive suspicion of the motives of others. The projection of personal conflicts, which are ascribed to the supposed hostility of others, sometimes progressing to disturbances of consciousness and aggressive acts believed to be performed in self-defense or as a mission.

Believer, is this you? I was searching the Bible for the past couple days to minister to me with regards to where I felt I was being led with the title of my blog today. I found it! It’s a tad long, but WORTH THE READ.

Ecclesiastes 7:21-29 (NIV) reads as follows: Do not pay attention to every word people say, or you may hear your servant cursing you— for you know in your heart that many times you yourself have cursed others. All this I tested by wisdom and I said, “I am determined to be wise”— but this was beyond me. Whatever exists is far off and most profound— who can discover it? So I turned my mind to understand, to investigate and to search out wisdom and the scheme of things and to understand the stupidity of wickedness and the madness of folly. I find more bitter than death the woman who is a snare, whose heart is a trap and whose hands are chains. The man who pleases God will escape her, but the sinner she will ensnare. “Look,” says the Teacher, “this is what I have discovered: “Adding one thing to another to discover the scheme of things— while I was still searching but not finding— I found one upright man among a thousand, but not one upright woman among them all. This only have I found: God created mankind upright, but they have gone in search of many schemes.”

Look folks, walking around paranoid in the body of Christ is not a good look. You being overly guarded, leary, unsure, and suspicious of everyone is a way to show fellow believers and the world alike, that you don’t have the peace of God within your heart. People are going to be people. YES they will let you down every time, but as the scripture above states, you have also done the same to them. So, instead of allowing these actions of doubt to linger, why not give them the same chance you expect to be given. If God treated us like we treat each other and walked around paranoid about blessing us b/c we spit in His face before, I cringe at the thought of where we all would be headed. There would be no need for grace.

Yes, people gossip. A couple of months ago, I heard a rumor about myself that was so far from the truth, I couldn’t believe it!! But there is nothing I can do to prevent people from making their own judgments about me and running their mouths accordingly. On the other hand, just this week I heard good gossip come back about myself and it made me smile. By good gossip I mean, when people are talking about me behind my back, but the topics are positive, uplifting, and admirable. So just b/c you see people whispering and looking in your direction, doesn’t mean they are talking sideways about you.

Yes, people got game. A few weeks ago, Robert Freeman (aka Dr. Shine) of Save The Seed Church in Waldorf, MD was indicted for trying to hide MILLIONS of dollars from his creditors when filing for bankruptcy. This Pastor was overcome with greed and his flock was unaware of his schemes. We have to expect these sad things will happen b/c unfortunately the heart of man is wicked, BUT there are also many churches who not only don’t steal from their flock, but GIVE BACK. There are also many churches who lack the basics b/c they are so motivated in giving to missions and outreach. Every church, organization, or person who accepts monetary giving is not a greedy crook out to get something for themselves. I would venture to say that MOST are honest and doing all they can to enrich the lives of others.

Haters will hate, but everyone is not hating on you, all your endeavors, and every move you make. Paranoia is counterproductive. It’s also another way to be self-absorbed. As you are doing your best to keep the bad out, your defenses also make it that much more difficult to let the good in. Your paranoia blurs the line between what is good and bad b/c it’s not always correct or rational. Take your power back. Open the word. Open your mind. Open your heart.

Be BOLD enough to receive this message today. Be FABULOUS enough to let your guard down to trust God to take care of the rest! 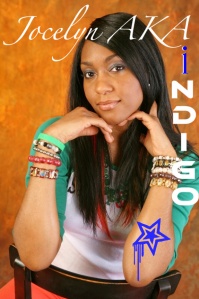 Where Being A Witness Meets Chic Sophistication! Where Every Word Has Profound Meaning. It's all us...ALL REAL! B & F.
View all posts by boldandfab →
This entry was posted in Wednesdays with iNDIGO and tagged bold and fabulous, boldandfab, christ, christian, dr shine, God, haters, indigo inspires, indigoinspires, Jesus, paranoia, paranoid, Peace, sabotage, suspicious. Bookmark the permalink.

10 Responses to THE PARANOID CHRISTIAN