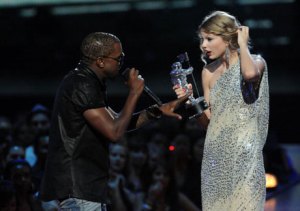 Israel Asks for a King

1 When Samuel grew old, he appointed his sons as Israel’s leaders.[a] 2 The name of his firstborn was Joel and the name of his second was Abijah, and they served at Beersheba. 3But his sons did not follow his ways. They turned aside after dishonest gain and accepted bribes and perverted justice.

4 So all the elders of Israel gathered together and came to Samuel at Ramah. 5 They said to him, “You are old, and your sons do not follow your ways; now appoint a king to lead[b] us, such as all the other nations have.”

6 But when they said, “Give us a king to lead us,” this displeased Samuel; so he prayed to the LORD. 7 And the LORD told him: “Listen to all that the people are saying to you; it is not you they have rejected, but they have rejected me as their king. 8 As they have done from the day I brought them up out of Egypt until this day, forsaking me and serving other gods, so they are doing to you. 9 Now listen to them; but warn them solemnly and let them know what the king who will reign over them will claim as his rights.”

10 Samuel told all the words of the LORD to the people who were asking him for a king. 11 He said, “This is what the king who will reign over you will claim as his rights: He will take your sons and make them serve with his chariots and horses, and they will run in front of his chariots. 12 Some he will assign to be commanders of thousands and commanders of fifties, and others to plow his ground and reap his harvest, and still others to make weapons of war and equipment for his chariots. 13 He will take your daughters to be perfumers and cooks and bakers. 14 He will take the best of your fields and vineyards and olive groves and give them to his attendants. 15 He will take a tenth of your grain and of your vintage and give it to his officials and attendants. 16 Your male and female servants and the best of your cattle[c] and donkeys he will take for his own use. 17 He will take a tenth of your flocks, and you yourselves will become his slaves. 18 When that day comes, you will cry out for relief from the king you have chosen, but the LORD will not answer you in that day.”

19 But the people refused to listen to Samuel. “No!” they said. “We want a king over us. 20 Then we will be like all the other nations, with a king to lead us and to go out before us and fight our battles.”

21 When Samuel heard all that the people said, he repeated it before the LORD. 22 The LORD answered, “Listen to them and give them a king.”

Then Samuel said to the Israelites, “Everyone go back to your own town.”

The People’s Choice Awards holds itself as a unique award ceremony because the winners are selected by their fans.  Many singers, musicians, and actors have seen dramatic increase in popularity due to their very public win.  But there have been times when I have sat there with the confused faced, like “who is that person?” or “really?  that was not the biggest hit ever this year.”  I mean, while Kanye was criticized for his Taylor Swift snafu, some of us in our secret circles agreed with him: Single Ladies was really the hottest song at that time.  But guess what?  His comment did not change the result.

While reading the above scripture this week on the metro, I began to think about the reign of Saul, selected as king of Israel as a result of the “People’s Choice.”  At that time, the people of Israel wanted someone to worship.  They wanted someone to bring them out of despair, to bring order, and to lead them.  They no longer trusted the leaders of the church, whose actions were completely indistinguishable from any regular Joe on the street.  So why was Samuel grieving?

What I gather is that he was grieving because all the attributes the people wanted from a king, they already had…they just didn’t know it, or if they did, they failed to realize it.  God had produced the greatest hit record, and they had not even acknowledged him as an artist!  Remember that hit single “I AM parted the Red Sea”?  Or how about the tune “No Longer Pharaoh’s Slave,” or the classic “Cloud at Day, Fire at Night?”  None of the prior works of God was accessible in their itunes.  Instead they wanted someone with “no fashions, no hits, no record.”  Worse, they weren’t seeking something GREATER than God (which is impossible); they wanted a person who is just as flawed as them…to lead them.  And even after the warning that was given, the people chose to disregard the caution, and begged for a ruler…even though they KNEW this ruler would be an oppressor!

I will cut right to the chase.  In life, we often strive for the position that will give us the most visibility, promotion and success.  And there will be times when your hard work WILL land you in such a position, wearing a “look at me now” crown.  But I do not want to merely be the “People’s Choice” if I am not the “Provider’s Choice.”  I do not want to walk into shoes that will trample my brothers, trip up my sisters, and step on the heads of those following me.  Awards are great; honor is also a gift that God freely gives.  BUT, not every recognition is from the Lord.  I MAY NOT be the best coach for the team.  I MAY NOT be the team-leader of a particular project.  I just…MAY NOT…and that’s ok.  Because as evidenced later on in 1 Samuel 15, the Lord may reject your position just as He did Saul…even after the people had voted.

1. In your new position, ask if God is the One who put you there?

2. Once there, ask God what He would have for you to do while there?

3. And always acknowledge that God is in control, even if no one gives him the recognition.

Remember, He always gets the final vote.

Where Being A Witness Meets Chic Sophistication! Where Every Word Has Profound Meaning. It's all us...ALL REAL! B & F.
View all posts by boldandfab →
This entry was posted in Thursdays with Ify and tagged God, israelites, King, people's choice award, Popularity, position, samuel. Bookmark the permalink.

4 Responses to The People’s Choice Awards