4 Signs You Are A “Reluctant Leader” 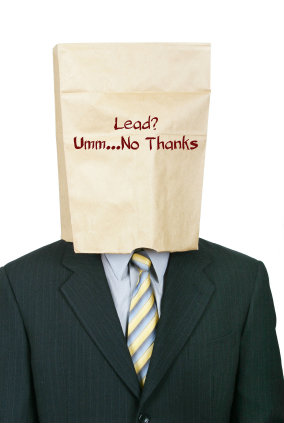 So it’s 2014…I didn’t quite get the church memo on “what” this year is the year of (increase, favor, double for your trouble, fake it ’til you make it…I dunno, you decide).  While my prayer partner (P-squared, for short) and I were mapping out what the theme of this year was, our conversation revealed that this is INDEED the year of the “reluctant leader.”  Any of the following sound familiar?

1. No matter how hard you try, your (awesome) efforts land you in the most uncomfortable place in the world: “the spotlight.”

You stayed up all night to meet the deadline.  You made sure all the slides had the right graphics and all the logistics were in order.  You had more ducks in a row than “Duck Dynasty.”  And while you’re not a fan on public speaking or presentations, you believe in your project so much, that you knock it out of the park.  You are not doing this for the praise, even though you do strive for quality results.  Besides, you just want to meet the boss’ needs and go back to your Nutella at your cubicle.  So you present.  And then this happens:

What the heck!!!! You ain’t ask for all that.  You cringe at every compliment given, and downplay it–as if the compliment-giver was mistaken (insert your response: “Oh, this?  I did it really quickly…it still needs a little work…there are still places to fix”).  And you KNOW all your colleagues/co-workers/and chief brown-noser (because there is always one, hunny) are looking at you like “Harpo…who DIS woman?”

2. You find yourself being AMAZED at those who seemingly have the same (or less) qualifications than you, (aren’t that nice to begin with), yet…are zooming at this thing called life.

You and Cheyenne shared a cubicle in ’98.  Now, you have to make an appointment to see her!  You ain’t got to lie with me, boo.  SOME people, at times, make you wonder “how did they do that?”  And it is not necessarily that you are hating, per se.  It is just that you can recall a time when all she did was talk about her dreams, and wanting to be a “pop star, and a rock star, and produce her own songs” (Coming to America flashback).  And some of those things, you thought of doing yourself, but who got time for that?

…and then, Cheyenne did it…and you still here.

3.  You don’t wanna be mistaken as that kinda leader: you know, the bow-tie & Louboutin social climber (the ones whose first question is “So what do you do?”)

Lately, it seems to you that AYABODY wanna be a leader…a social changer…a philanthropist…a mogul…”epic”…and whatever other haute-title people squeeze on their LinkedIn profile.  And you DO NOT want to be confused with that crowd.  Besides, you “is” HUMBLE…and humble-folk ain’t supposed to be seen…right?

4. You’ve told yourself a millions times that once the “right door” opens, you will finally jump ship and do what you always wanted to do.

Where you’re at today, you KNOW you don’t need to be for much longer.  People around you are short-sighted, and only thinking about the “right now,” and you’re always daydreaming about tomorrow.  You wanna do that blog, but there is never enough time.  You want to network and meet people in the field of your dreams…but that requires reaching out…and you don’t know what to say.  You loathe being surrounded by insecure people afraid of your light…but you need the “right conditions” to be in place before you do what you are called to do.  Because leaving would just be irresponsible (in your mind).  So, you grin and bear it.

Well, there is nothing on the market to dramatically change this.  But ironically the biggest investment comes absolutely free.  But before I go further, let me say this: “Congratulations, you are a leader!”  Now, own it!  God did not create a five-star kingdom to be occupied by two-star thinkers.  Though it may be uncomfortable, you were CREATED to shine.  We are called the “light of the world” and the “salt of the earth.” (Matthew 5:13-16) for a reason.  What is in us shines even when we are trying to dim our own brilliance. In everything we do, and dream to do, we are told to “do our BEST to present ourselves to God as one approved, a worker who has no need to be ashamed…” (2 Timothy 2:15).  Shame of our gifts and abilities is actually the biggest insult to God, Our Creator.  Yes, remember His first job was as Creator, so look at God as Picasso.  He made beautiful art, to be seen, cherished, loved…not to be covered in a dusty attic, or sold cheap at an auction.  Would you spit at a Picasso painting?  So why are you crapping on your complete image?  It is so true that we live in a world where far too many people who can’t lead…LEAD, while the real leaders who doubt themselves…DON’T.  So why shouldn’t it be you?

I love how Nelson Mandela so eloquently puts it:

There is no passion to be found playing small–in settling for a life that is less than the one you are capable of living.

If you are like me, you want to be stretched to full capacity and help others as much as you can.  You can’t do that from a closet, however.  Make some purposeful steps to push yourself into your role.  Get a “sounding board” of grounded friends that want you to reclaim your right position.  The quicker you catch up, the sooner His will (and not your scared-to-be-seen will) can be realized.  And also recognize that God does things in ways that seem counterintuitive to us.  James 4:10 says “Humble yourselves before the Lord, and He will lift you up.”  While you may be trying to shrink, God rewards your humility at times in very public ways.  Your meekness is not your weakness; it is the gateway to your spiritual and earthly promotion–as well as the liberation of those around you.

But you don’t have to take my word for it.  Here’s a word from our leader of the Free (Willy) World: Kid President!

Where Being A Witness Meets Chic Sophistication! Where Every Word Has Profound Meaning. It's all us...ALL REAL! B & F.
View all posts by boldandfab →
This entry was posted in Thursdays with Ify and tagged 2014, elevate, God, humble, humility, Jesus, Kid President, leadership, playing small, reluctant, vision. Bookmark the permalink.

3 Responses to 4 Signs You Are A “Reluctant Leader”