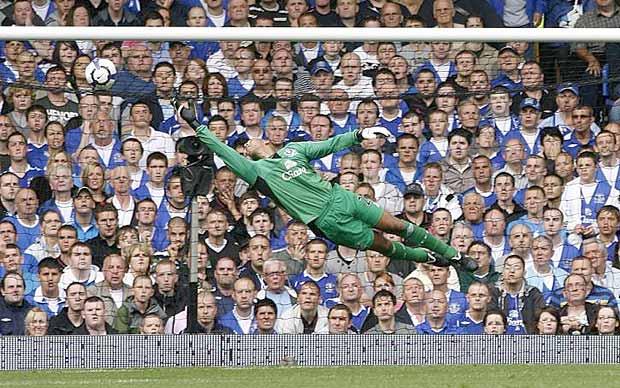 In the famous fable, Wizard of Oz, the main character Dorothy is accompanied by her non-human sidekicks–each one desperate to see the Wizard so their specific requests could be granted.  Dorothy wants to go back to her farm in Kansas.  Lion wants some courage.  Scarecrow wants a brain.  And then there’s Tin Man–hard exterior, a little squeaky, and in need of a heart.  But if you know the backstory of the Tin Man, you’d know he was once a human, a tree cutter, who was cast under a spell by the Wicked Witch of the East.  The spell resulted in his tool–his axe–turning against him, cutting his limbs one by one.  Every time he lost a limb, Tin Man replaced that part with a metal prosthetic, until he was completely transformed into walking metal.  The only part not replaced was his heart.  But as we know from the story, that did not prevent Tin Man from loving, protecting, and empathizing.  His journey made him realize that what he had been looking for was naturally a part of him–that no trial was going to prevent him from the ability to love.

This week, as the nation stopped whatever they were doing (myself included) to watch the final USA match against Belgium in the World Cup, many were introduced for the first time to goalie, Tim Howard, as he gave a freak of nature, record performance–saving the ball 16 times!  Don’t believe me, just watch:

While USA lost 2-1, at one point it appeared that nothing could get past Howard, who earlier this week was temporarily renamed our nation’s new “Secretary of Defense,” and had memes showing him save everything from Janet Jackson’s infamous wardrobe malfunction, to a recreation of him as Neo on the Matrix.

(Check out the Top Ten Things Tim Howard Could Save)

But it is the person underneath that really captured the conscious of many.  For starters, underneath that Jersey is a body who’s physique alone yells “don’t play with me,” and a fully tatted chest and torso that screams “I don’t have time for ANY of your THAT.”  In short, it’s a hard body (a beautiful one, I might add).  His upbringing was even harder.  Born to a working class family in New Jersey (literally, a 20 minute drive from where I was raised), Howard was diagnosed with Tourette’s Syndrome at age 11 and harassed all his life.  His life reminded me of a fellow classmate that had

Tourette’s that used to “tic” on occasion and uncontrollably shout obscenities, including the N-word, in class and in hallways (he was beaten up one time for it, which was awful because his attackers knew his condition).  Even during his professional soccer career, Howard was taunted by fellow soccer players, called “retarded” on occasion, and  has been questioned about whether his disorder would impact his ability to play.

His exchange with one observer, however, showed what type of heart Howard possessed:

Der Spiegel: Has a ball ever slipped out of your hands because of a tic?

Howard: I have dropped a number of balls during my career. But it has never been because of a tic.

Der Spiegel: Do you worry that this could happen one day?

Like the Tin Man, there was much about Howard that should have weakened his body and spirit.  To an onlooker, he was deprived of a “normal” upbringing.  There was much to weigh against his odds of playing any sport–let alone being a superstar in the world’s largest pastime.  And I imagine just like the Tin Man, Howard had many journeys in search of answers and possibly a fix.

The Tin Man had a lot of heart, but for a while did not know it, or at least did not know where it came from.  Tim Howard, however, knows exactly where his strength comes from:

“The most important thing in my life is Christ. He’s more important to me than winning or losing or whether I’m playing or not. Everything else is just a bonus.” ~ Tim Howard.

Our definition of “heart” can sometimes be very two dimensional.  At times, it is referring to love–whether romantic, familial or through friendship.  Other times, it is about courage, and the ability to tackle some task or obstacle.  But Howard’s simple statement added another layer, for it is one that recognizes that there are so many interests, people, and things, that fight for our heart everyday.  The cards of life, whether illness or success, poverty or fame, can cause us to dwell too long on how we feel, instead of who (and who’s) we are.  I can admit that I have venture on several yellow-brick roads, looking for an answer to a problem before coming back full-circle to what I know to be true: that no matter what, God’s plans for me are to thrive, and not fail!  Knowing that the most important thing is your relationship with God does not mean that one will have a perfect life, but a centered life–and one centered on Christ.

“My son and daughter, pay attention to what I say; listen closely to my words.  Do not let them out of your sight, keep them within your heart; for they are life to those who find them and health to one’s whole body.” ~ Proverbs 4:20-22.

My everyday goal is to remain Christ-centered and purpose-driven.  Like the Tin Man and Tim Howard, there were things I was born without, challenges I’ve endured, and moments of humiliation and isolation that were, at times, crippling.  The hard facade of life can cause one to understandable focus solely on the conditions of self.  Those who finish strong, however, are those that keep pressing in spite of, believing that God truly is greater than any insult, disease, or misery.

While the US is out of the running for the World Cup, let’s keep chanting: “I believe that we will win!”  And once we accept that we already have, then all that’s left is getting there.

Where Being A Witness Meets Chic Sophistication! Where Every Word Has Profound Meaning. It's all us...ALL REAL! B & F.
View all posts by boldandfab →
This entry was posted in Thursdays with Ify and tagged christ, God, heart, proverbs, redefine, soccer, Tim Howard, tin man, tourettes, world cup. Bookmark the permalink.