Remember Your Locus of Control

In trying to choose what I would write about today, or rather how I could merge all of the things in my head into one, coherent piece, I’ve taken time to really reflect on current events both personal and commercial. In all of the excitement surrounding my good news and trying to sort through the details of a new life in New York, I was brought back down to Earth in one swift moment after hearing about the murder of the young scholar in St. Louis named Mike Brown. 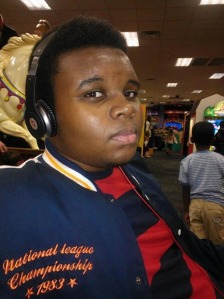 If you haven’t heard of his story yet, please take a second to brief yourself and those around you, as simply being in the know is just as important as acting. As I spend time organizing my feelings and trying to understand my place in the tragedies occurring around me including the worst Ebola outbreak in world history, the genocide happening in Gaza, U.S. involvement with Iraq and Russia, and our continued struggle with a racist American judicial system devaluing the lives of Black boys and girls, I was forced to remember my locus of control; or in other the words the things that are true for me and the aspects that I CAN CONTROL every single day that God breathes into me. I’ve decided to share these with you in efforts to offer some sort of solace in all of the madness. I encourage you too, to remember your locus of control and thank God for that. Here’s what I know remains true:

God expects me to DO SOMETHING.

As believers in God, we understand that the God we serve is a God of justice and His WILL always prevails. At the same time we are called to ACT in times of injustice and depend on God for the strength, wisdom, and protection in that process. We are not called to sit idly by and WAIT on God to solve all our problems, but rather we are charged to spring into action in whatever way we can to get the job done. Are you waiting around for God, when in fact God is waiting on YOU?

It’s ok to be a follower sometimes.

I believe we were all created to be leaders, but in different ways and for different reasons. When tragedies hit us, I often feel so overwhelmed in the ways I want to ACT because I don’t know where to begin. More recently I’ve understood that some folks are specifically CALLED to lead in certain circumstances and it is perfectly ok to let those folks lead. My place is to follow the ones who are rooted in God and walk a walk of integrity under the leadership of those who were created to lead for such a time as this. If organizing is not my strength, then I’ll leave that up to whomever God created for that purpose and simply aide in whatever way my strengths can be best leveraged. Who are you following and why? 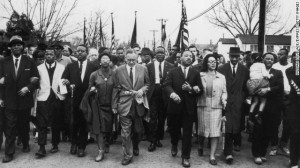 I’ve been feeling like my small actions are never enough in the case of such BIG global issues happening around us until I remembered the old adage that asks, “how do you eat an elephant? One bite at a time.” Marching in a rally, signing a petition, tweeting socially conscious articles, informing those around you of current events, donating money to support causes, IT ALL COUNTS, and those are the actions that add up. Don’t underestimate your contributions, which brings me to the next point:

We solve issues NOT problems.

I learned in an Organizing 101 class that it’s impossible to solve problems. Problems are BIG, and so we break them down into issues. It’s important to remember that tidbit when trying to fight against social ills. When we think about police brutality as a problem, it’s realistically WAY TOO HEAVY of a weight to carry all at once, but if we think through the ways we can break that problem down into a specific issue to address, such as pushing for new/amended legislation that punishes police offers who use unnecessary force with unpaid leave, then we start to make some headway. In what ways can you break your problems down into manageable issues?

I can align day-to-day actions to my personal truths.

Even if we feel we don’t have the time to fight against all the social issues of the world, I encourage you to think about how your every day actions can align with what you hold to be true. Are you practicing the love and kindness you wish to see around the world? Are you giving and generous in ways that change the lives of the people directly in your network, paying it forward if you will?

In everything that happens, I have to remember and believe that no matter what, GOD IS STILL and WILL FOREVER BE IN CONTROL! Period. Now more than ever is the time we can find comfort in knowing God is our refuge and He loves us enough to continuously give us grace and mercy. Be sure to draw nearer unto Him as we live through and experience first hand the signs of the times described in the Word.

I’m hopeful this helps even if just a little. Be safe, kind, gentle, and love hard. 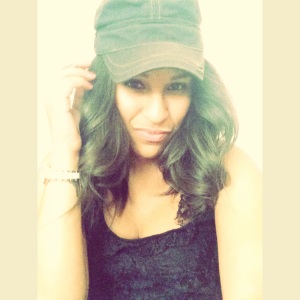 Where Being A Witness Meets Chic Sophistication! Where Every Word Has Profound Meaning. It's all us...ALL REAL! B & F.
View all posts by boldandfab →
This entry was posted in April Mondays. Bookmark the permalink.