So on this past Friday night, after a vocal rehearsal in the DC area that ended at 10pm, I started the 3-hour drive down to my mom’s in Esmont, VA. She would be vending at a trunk show that next day and wanted to include some items I have in my garage. So, although it was late, I wanted her to have those things. I arrived at her house around 12:45am… tired… immediately got in my PJs and sat on the couch with a blanket.

My mom came in to greet me with chocolate frosted cupcakes she made from scratch, a smile, and a hug! She actually made the cupcakes to sell for the vending event but said, “It’s okay, I made more than enough!” We talked for about 10-minutes while I devoured those cupcakes (shame on me) and then she cut on Netflix and said, “I know you’re about to go to sleep but before you doze off, you may as well start watching the movie I told you about because I know you haven’t watched it per my suggestion yet!” 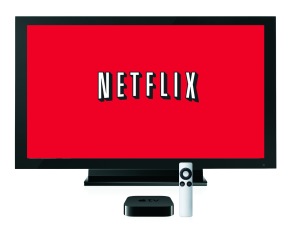 Let me break it down… You see, my mom is a Netflix junkie!!! lol. She’s always telling me about a documentary or something that I need to see. But for over a month, she emailed, called, and texted me to watch this one movie called Ragamuffin.

She kept telling me it was a movie that resonated in her spirit FOR ME. Although I planned to watch it, my schedule lately has been crazy busy; filled with rehearsals, gigs, vocal clients, and vocal production/studio work. But nonetheless, I told her I’d let Ragamuffin put me to sleep and proceeded to watch.

The very first scene was someone narrating as you saw the exterior of an old country church. Next scene was farm related. As a sleepy Black woman…a mover and shaker in the Washington DC area, I can tell y’all that I don’t get excited about farms and wasn’t enthused about this movie in the first few minutes. I figured I’d be knocked out in ten-minutes tops.

Fairly quickly, I was sucked in to the story line of a musically inclined child who didn’t have the best relationship with a parent… a child who dealt with the constant inner knowledge that he was uniquely chosen and different from the majority of those in his family; making him unrelatable to those he loved most. I was intrigued by the element of faith that was introduced early in the film, and it’s impact on his life as he grew into a man.

As the film progressed and I saw the element of him as a songwriter and a sort-of accidental artist, I was ALL IN!!!! He wasn’t concerned with the status quo… how he was supposed to dress inside the church… how he was supposed to talk in church and what about, even if it may actually not coincide with what the Pastor said… how much he should need to say “Jesus” in a song for it to be considered Christian enough for the industry, radio, and fans.

This movie was so good…so engaging, that it didn’t even register with me that it was based on a true story until halfway through the film, nor did the name Rich Mullins ring a bell. But the songs I started hearing throughout the film…songs like ‘AWESOME GOD‘…definitely did ring a bell. He was a famous singer and songwriter in the Christian Contemporary Music industry…and foremost, a man of God!

I promise y’all… this is not a spoiler blog. But I need for you all to understand how this movie and the man it was based upon, truly touched my heart and soul.

1) Character/Integrity — Rich Mullins was a man of principle. No matter the opportunities presented (or famous names attached), he never allowed fame or money to steer him away from God.

2) Flawed — Although a beautiful and gifted person, he definitely wasn’t perfect. He was a good friend and loved deeply, but his abandonment issues made him an unusually clingy personality. Also, being emotionally scarred as a child, carried with him into adulthood; which translated into him appearing arrogant, inflexible, and rebellious…which of course, was not the true essence of his character.

3) GOD — Above all things, he always knew God was real. He loved, trusted, & lived for Him. However, in his 30’s, he truly arrived into the peace of God…knowing that God truly loved and accepted him as well (no matter how unlovable he felt at times).

4) Legacy — Refer back to #1!!!! Following your calling is essential to living your best life here on earth. Living within your purpose…there is no greater gift to humanity than unapologetically being who God says you are. You can bless more people in truth than you ever could in false illusions of who you think you should be.

5) Gift — Never neglect what God has gifted you. If He gave you a voice to sing, use it. If He gave you ability to play an instrument by ear, continue playing. If He anointed you with words and melodies, write songs! Everyone’s gift is not musical. Rich even had other ones, like compassion. Yes, that’s a gift as well because believe it or not, everyone does not possess the ability to empathize with others. Just like he allowed compassion to help him decide to move and settle in a completely different state, guess what… use yours to make a difference too. Our gifts are not for our pleasure but to bless the world. They are an extension of God’s love for us. Let’s use them so others can see and feel that love too. 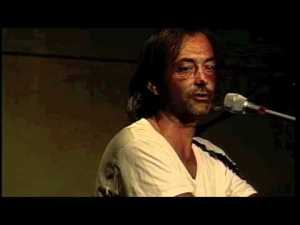 So, clearly I finished watching the movie. I’m so glad my mom turned it on, no matter how late it was that night. A man I never knew, touched me that night and even helped me to put some things into perspective for myself, as a person on a similar path. I see a lot about his life and personality that parallels my own. I’m definitely not a rich and famous songwriter, but I am a working singer and songwriter who is more concerned with salvation than which established Gospel artists I can get to sing my songs. I am sure that my path is already mapped out. I just have to remain steadfast and anchored in His Word and will because I believe I’m loved by Him and He knows what’s best for me! 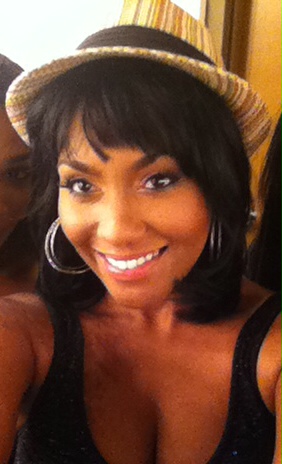 Where Being A Witness Meets Chic Sophistication! Where Every Word Has Profound Meaning. It's all us...ALL REAL! B & F.
View all posts by boldandfab →
This entry was posted in Wednesdays with iNDIGO and tagged Amy Grant, Awesome God, christianity, faith, indigo inspires, jocelyn saunders, Netflix, Ragamuffin, Rich Mullins, songwriter. Bookmark the permalink.